The leader of "Hezbollah": We must defend the Christians! 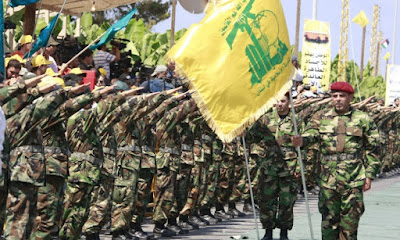 "We must defend the Christians!" - one of the leaders of the Lebanese movement "Hezbollah" Hussein al-Haj Hassan commented on current situation in struggle against the ISIS terrorists.

Hassan also said about active formation of the Christian volunteer self-defence detachments near Beke valley under the auspices of "Hezbollah".


Also representative of "Hezbollah" reiterated that the Islamists of the "Islamic State" and Israel are the parts of one and the same project. Should be mentioned that the leader of the movement Hassan Nasrallah repeatedly expressed a similar opinion earlier.

"Hezbollah" (literally - "Party of God") - is a Shi'a Islamist military-political movement based in Lebanon. Was founded to oppose Israeli aggression against Lebanon. The movements ideological platform is largely corresponds to the ideals of the Islamic revolution in Iran.

Being Muslim movement "Hezbollah" defends the idea of solidarity of Muslims and Christians. This explains such a big number of Christians of the Middle East in the ranks of the movement.
Мітки: Analytics Christianity Hezbollah Iraq Islam Nationalism News Syria Traditionalism