We have already mentioned the friendship and solidarity between Ukrainian and French nationalists. Another pleasant incident happened recently:

What a pleasant surprise! Quite a logical choice, on the other hand, since Kommando Peste Noire has always been the vanguard of Black Metal that incorporated equally naturally the spirit of French "damned poets" and the traditional military songs, the ideas of sophisticated right-wing intellectuals like Robert Brasillach and the wildness of "rural Black Metal," the royal French culture and "boyscout satanism." I have been following Famine's considerations about the Right for a long time and was very glad to observe that he's a well-read person endowed with a deep passion for French culture, so the shallow and abstract siding with everything "NS," "fascist" or "anti-liberal" is the last thing one may expect from K.P.N. Firmly rooted in the Right, he has always criticized the imperialist tendencies of the classic NS (leaders of which occupied France the same as Ukraine), defended the folk culture and local liberties in the style of right-wing anarchism and emphasized the value of aristocracy of the spirit, as well as showed the natural continuity between the European tradition and the best of the modern Right, which may be found in the worldview of the warriors of Misanthropic Division. 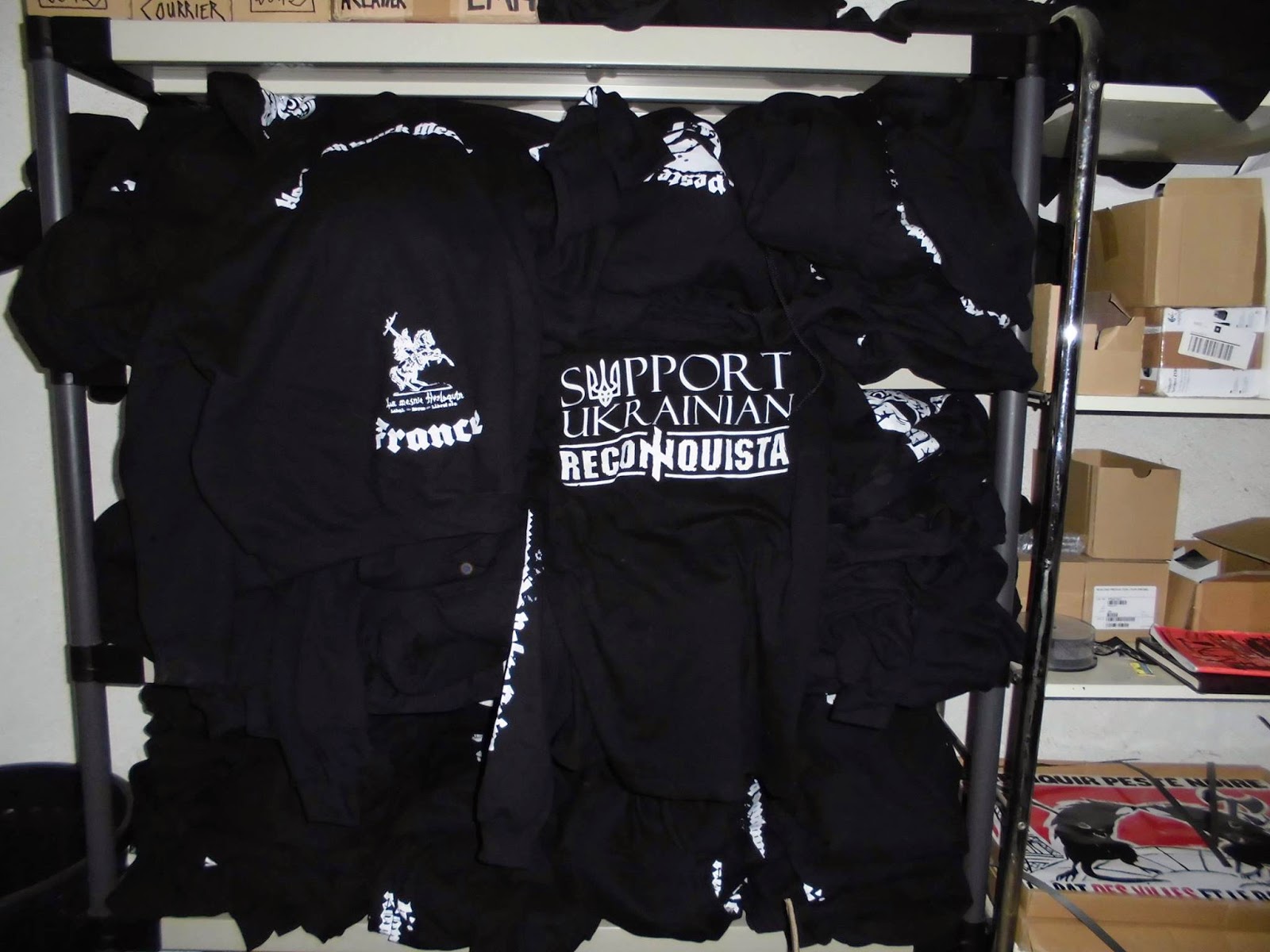 We owe to K.P.N. and France a photo of the "Azov" regiment soldiers holding the French royal flag with fleur-de-lis, which was taken at the headquarters of "Azov" in South-Eastern Ukraine. Besides, we plan to hold soon (with the participation of the "Azov" regiment and Right Sector's fighters) the Louis XVI Commemoration Day - the King whose decapitation during the French revolution, regardless of the question of its historical necessity, became a symbolical beginning of the European decline and the rise of the leftist Jacobin dictatorship that replaced the Church with no less absolutist "cult of reason" that eventually lead to the collapse of the project of Enlightenment, which we observe now, and gave birth to the phenomenon of the totalitarian state. Namely with the direct and conscious heirs of these destroyers of the traditional France - neo-Bolsheviks - is fighting now Ukraine, which is perhaps the most important reason that underlies French-Ukrainian solidarity. France is the most symbolical country with regard to the European destiny after the French Revolution, and we hope that someday it will become the starting point of the European national revival. Great to see that the spirit of the old tradition in the new progressive forms is still alive there!

And here is the best answer why Peste Noire supports Ukraine: the 6th song off their latest masterpiece - the self-titled album (2013) "Ode" that contains the fragment of the poem "Taras' Night" by the most famous Ukrainian poet and the national symbol Taras Shevchenko about the saddened remembrances of the glorious days of Cossack Hetmanshchyna: "In the clear field over the brook there is a black grave; Where the blood of the Cossacks flowed, the grass grows green. A raven sits on the grave and croaks with hunger..." (taken from the antology of his poetry). Further I would translate as follows "The Cossack recalls Hetmanshchyna; Recalls and starts crying!" This excerpt is sang by Roman Saenko (Drudkh, Hate Forest, Old Silver Key) who put a lot of poems by the national Ukrainian poets to Drudkh's music. Another reason why the French and Ukrainian destinies are eternally bound in the common struggle.


And here is Ukrainian answer: 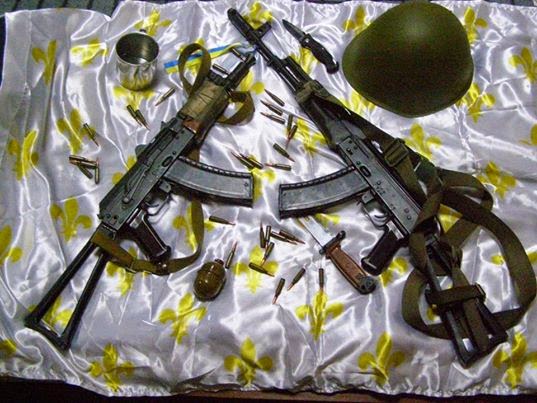 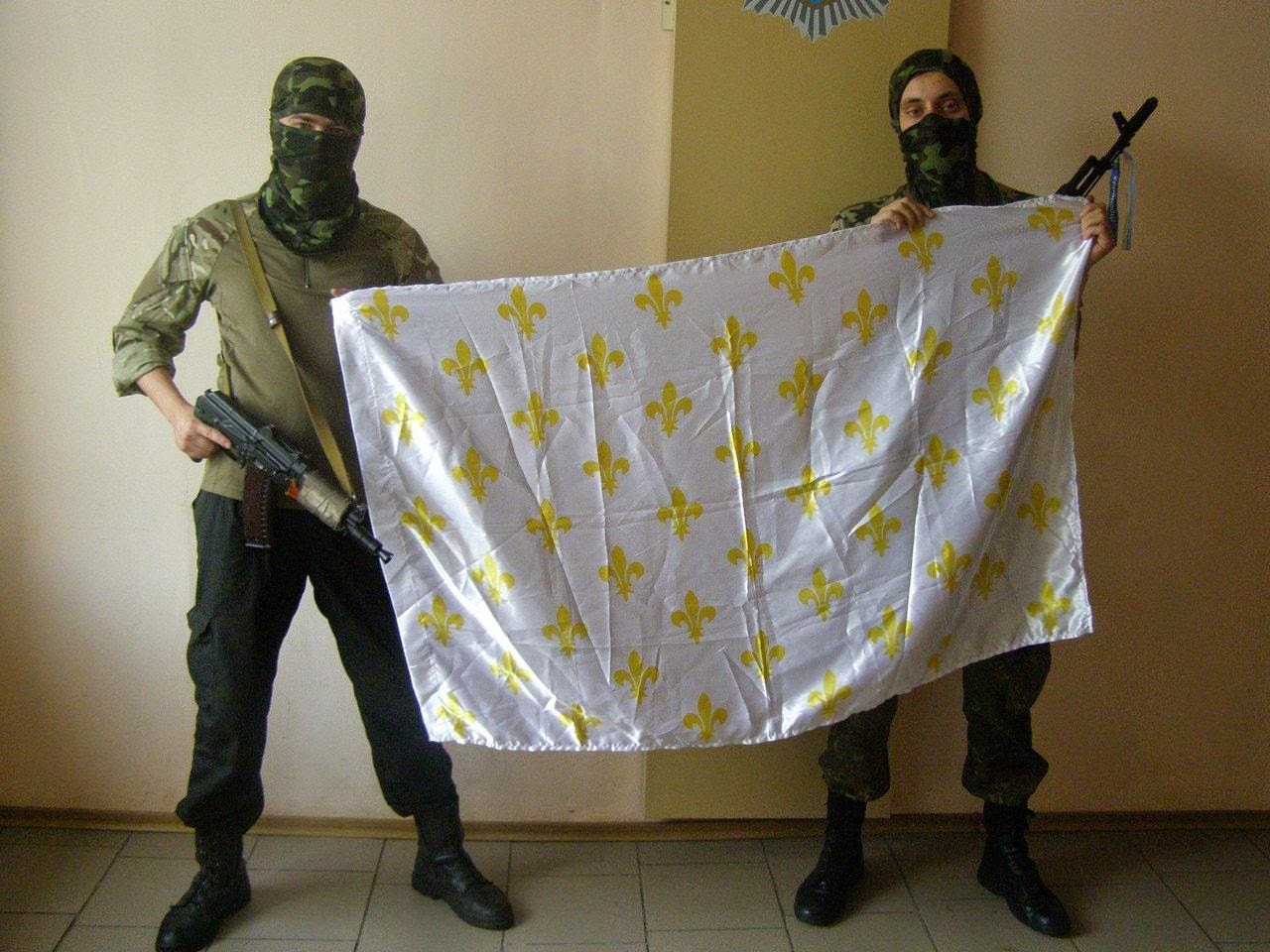 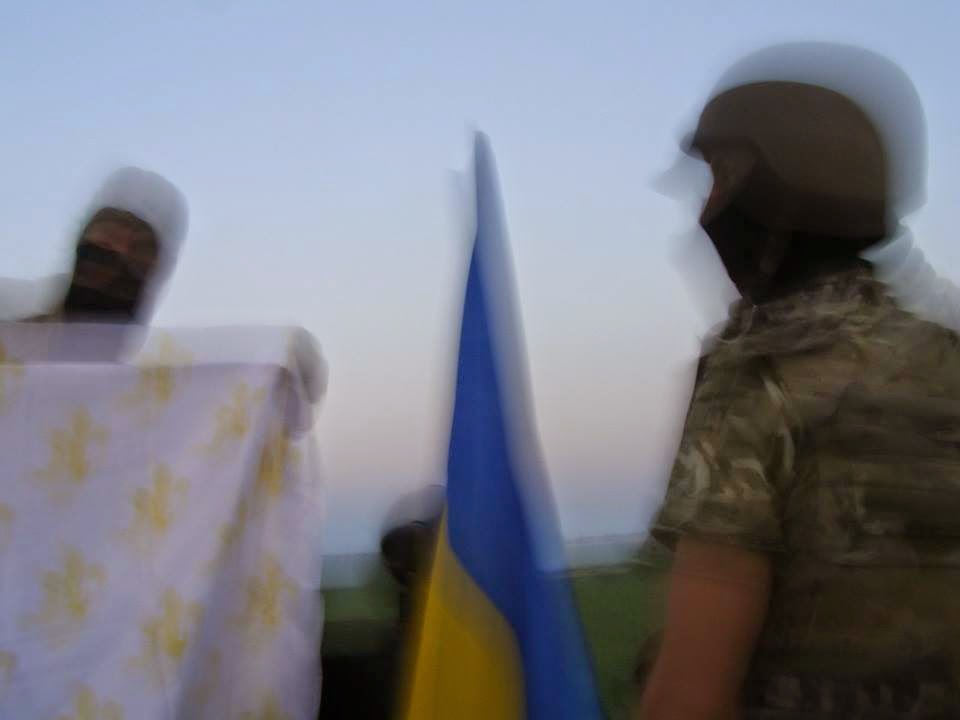 Ukrainian soldiers holding a royalist flag of France with Fleur-de-Lis under which the rebels of Vendée fought against the Jacobin terror of the French Revolution and today the Ukrainian defenders of their land, culture and people struggle against the leftist statists and the dog guards of the Russian multicultural Carthage (Russian Federation) - neo-Bolsheviks, Kadyrov's mercenaries and antifa of the so-called "Novorossia."

Excuse us for the photos quality, a battlefield it's not the best place for photos.

It turned out that this banner was raised by the fighters of at least two Ukrainian special military forces - the most risky "Aidar" battalion (ironically, one of the photos is taken at the police school department) and the nationalist "Azov" regiment, soldiers of which photographed with it right during the military operation. Dedicated to K.P.N. and all French supporters of the Ukrainian Reconquista. Vive la France! Vive le Roi! 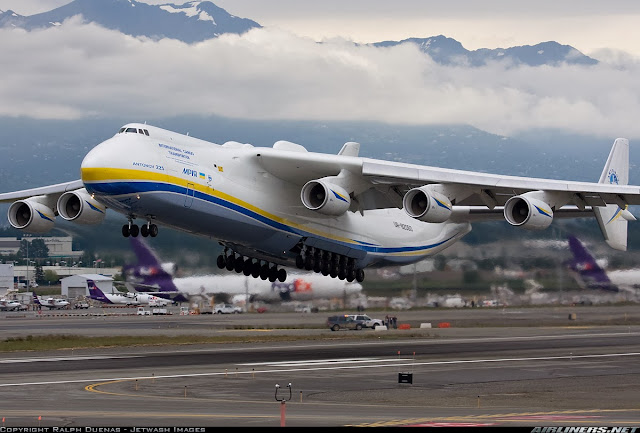 FUTURISM, BETWEEN FASCISM AND BOLSHEVISM